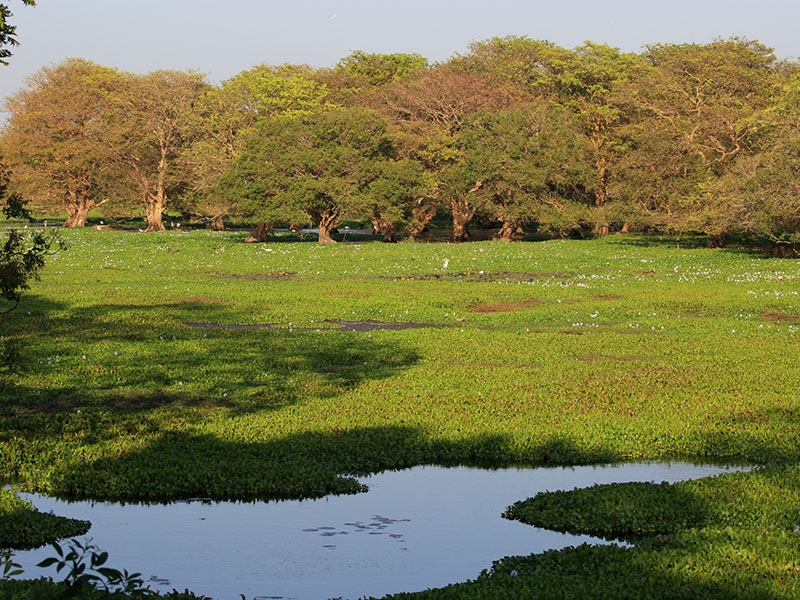 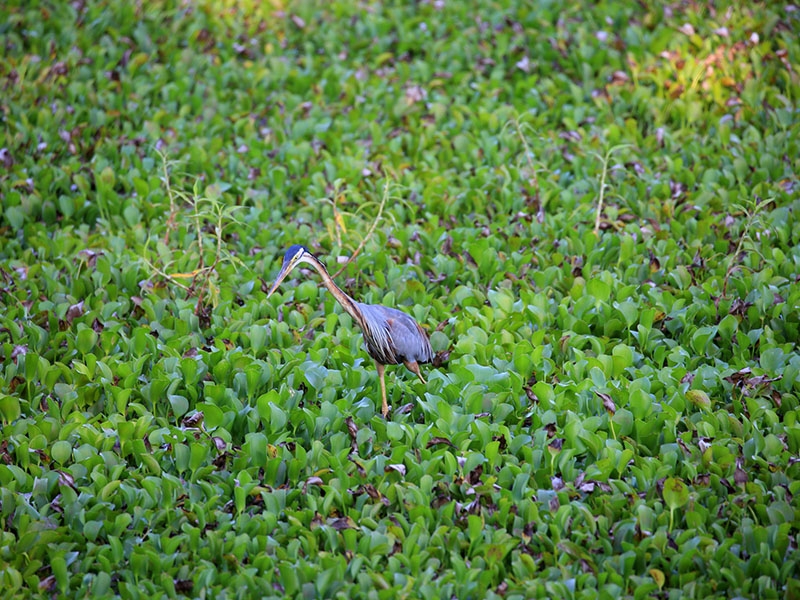 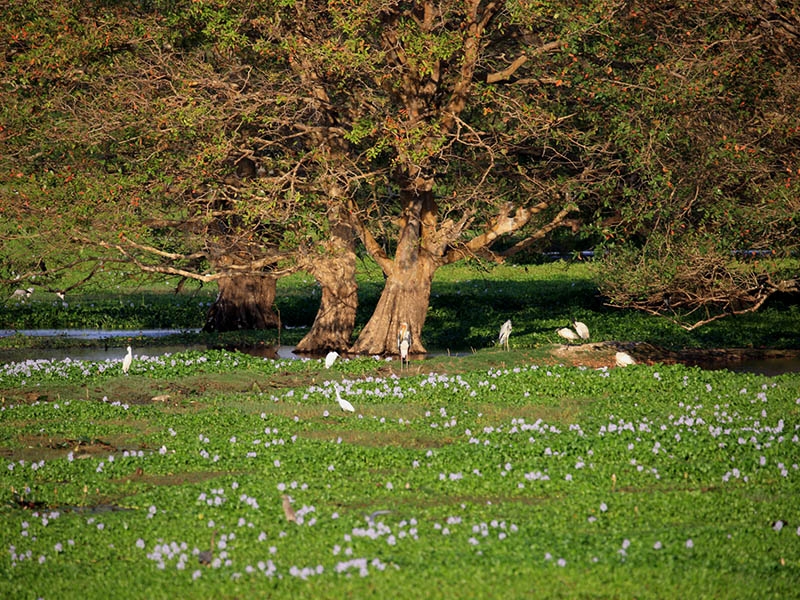 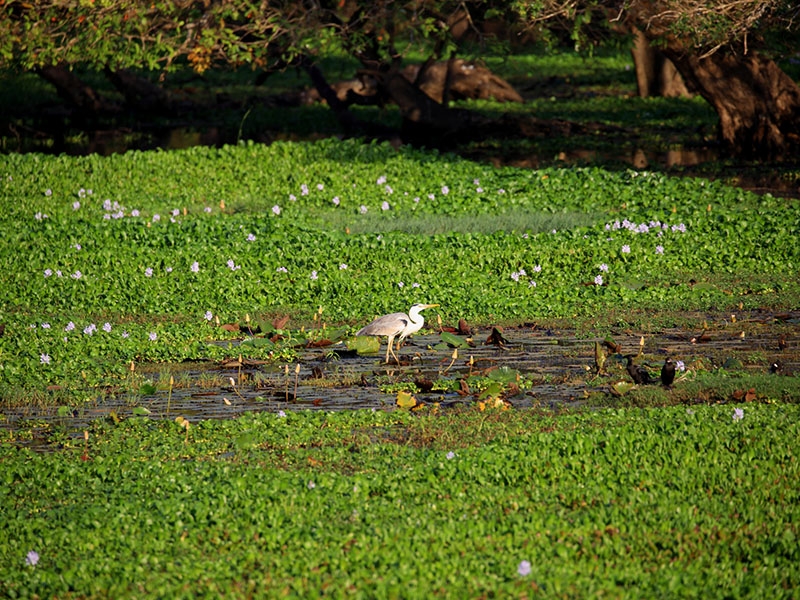 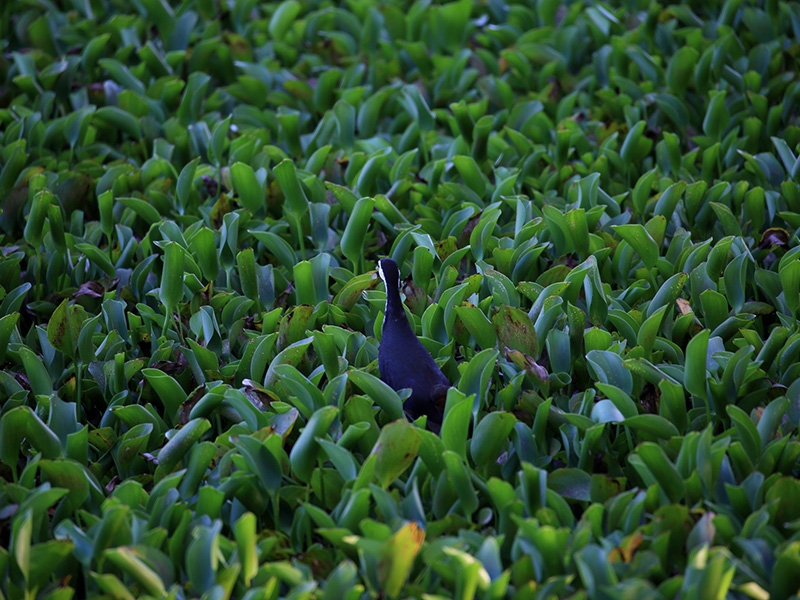 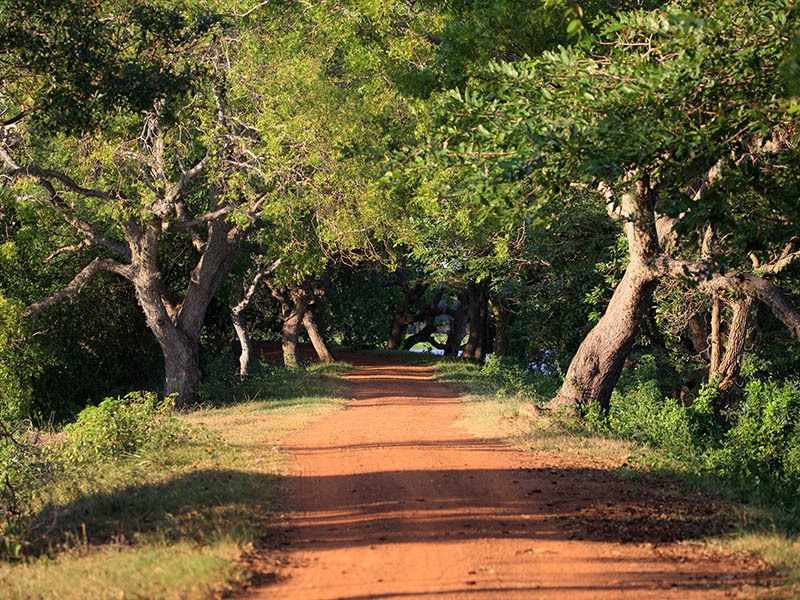 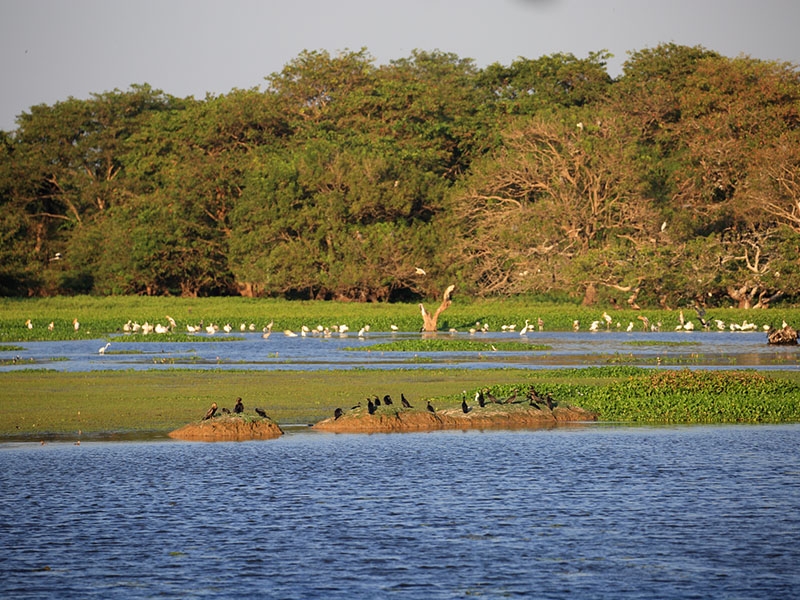 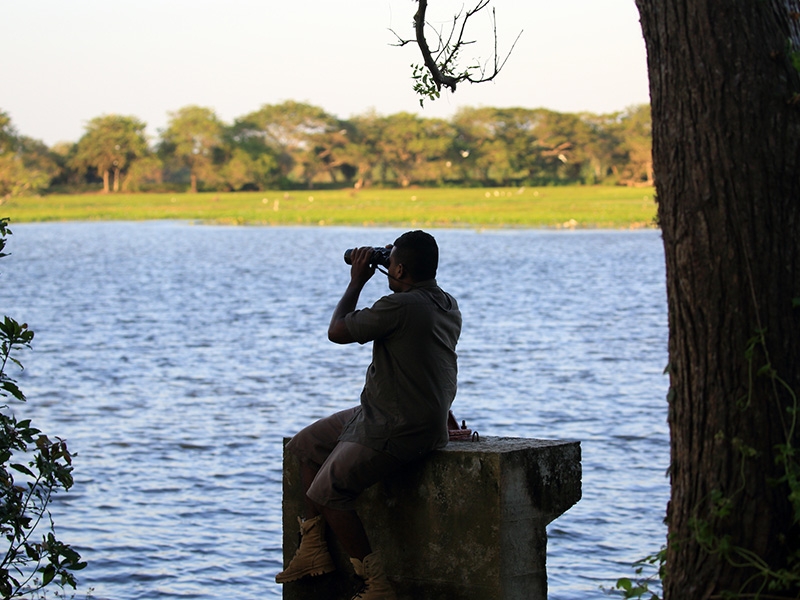 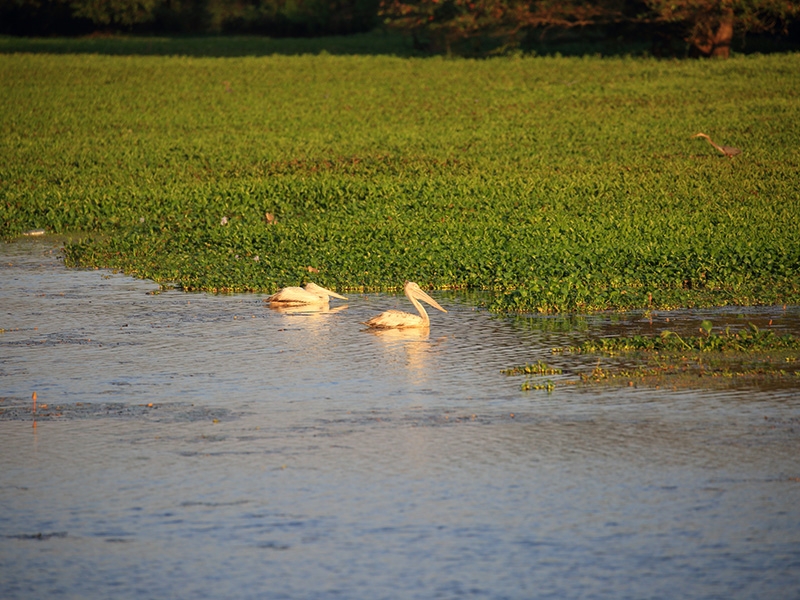 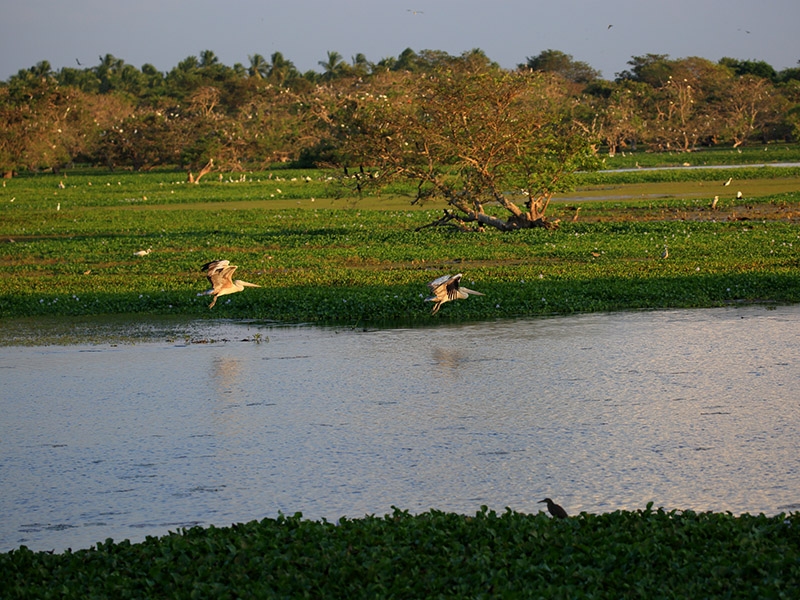 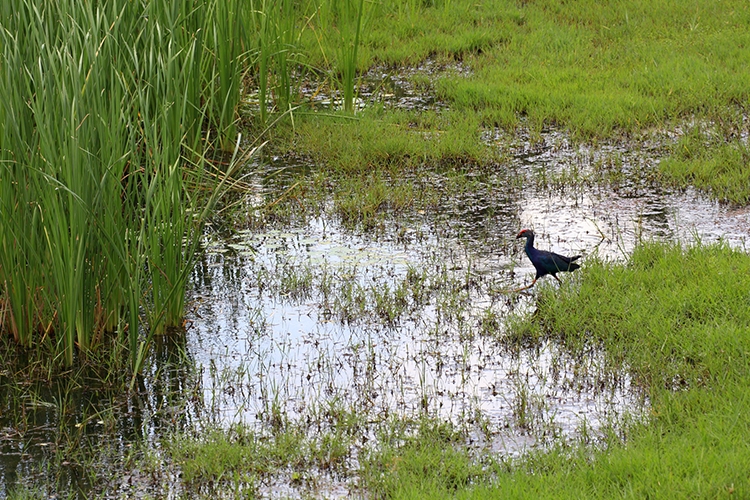 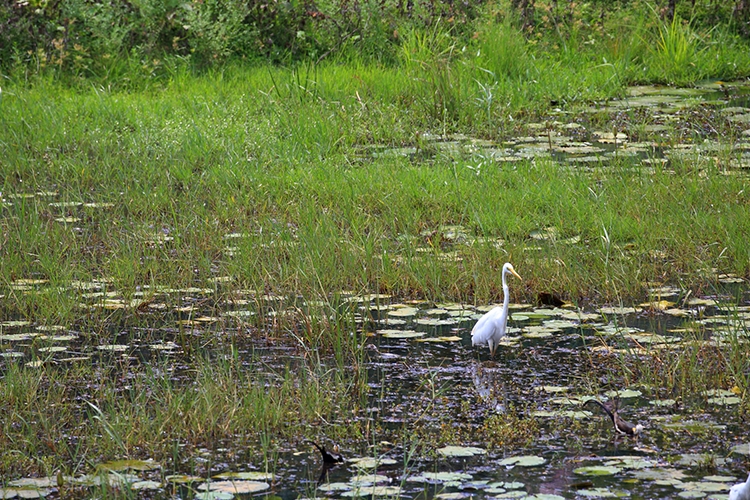 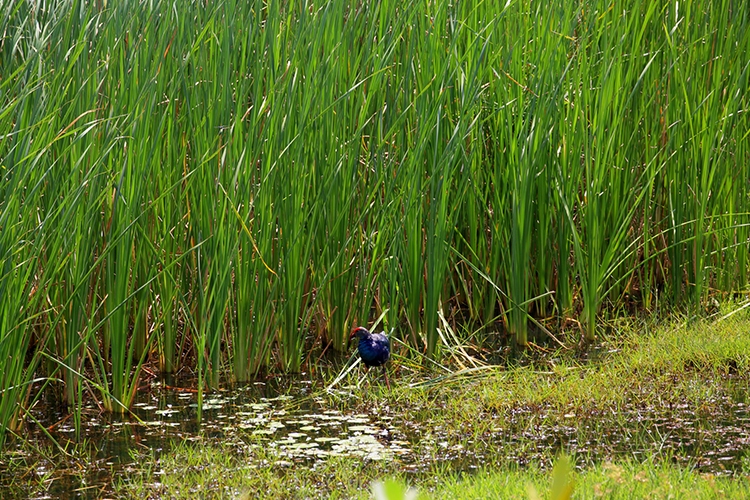 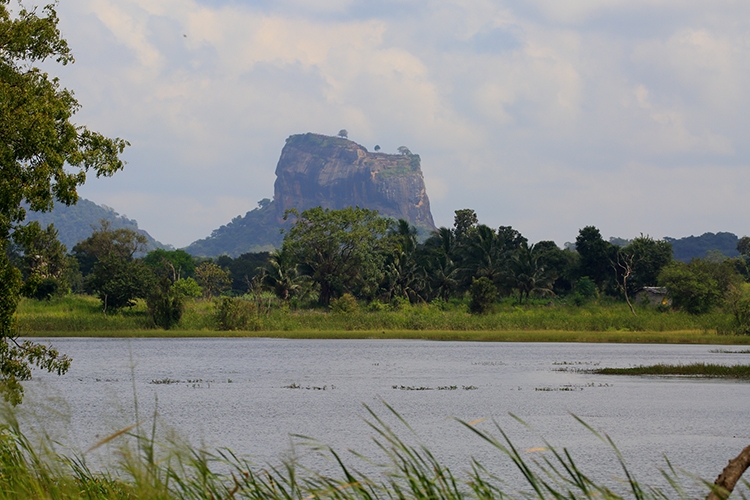 The Anawilundawa Bird Sanctuary is situated in the Puttalam district in the North Western province of the country; between Chilaw and Puttlam – to be more specific - it is situated between the coast and the Chilaw-Puttlam railway line.

The uniqueness of Anawilundawa is its immediate proximity to three vastly different ecosystems; the coast, the mangroves and the fresh water tanks making it one of the six RAMSAR Wetlands in Sri Lanka. This unique ecological setting has made it a favourable nesting and breeding ground for hundreds of species of birds.

It is set out on 1,397 hectares of forest land and comprises of nine tanks; six giant manmade cascading tanks namely Pinkattiya, Maradansola, Anawilundawa, Mayyawa, Surawila and Vellawali and three secondary tanks, each one connected with the other and working as one unit. These tanks store water for irrigation and cultivation and acts as a natural habitat and refuge for 150 species of water birds in addition to a few species of threatened Fish, Amphibians, Mammals, and Reptiles.

Some of the Bird species found here are a large breeding colony of Herons, the Open-bill, Great cormorant, White ibis, Egret, Stalk, Pheasant tailed jacna and the Purple swamp hen. A total of 20 species of mammals have been recorded here, this includes the Rusty spotted cat, Fishing cat, the Indian otter, Slender loris, Toque monkey and 74 species of butterflies. Most endemic and resident birds can be observed right through the year while the migrants are best seen between the months of October and April.

Anawilundawa Bird Sanctuary is a great favourite amongst bird watchers and nature lovers, who come here to spot rare birds, watch their behavior in their natural environment and indulge in some great photography.