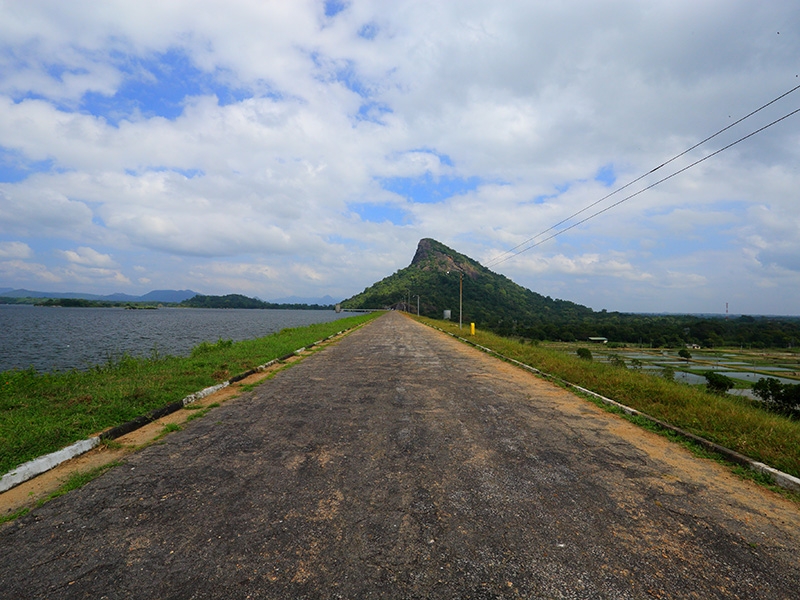 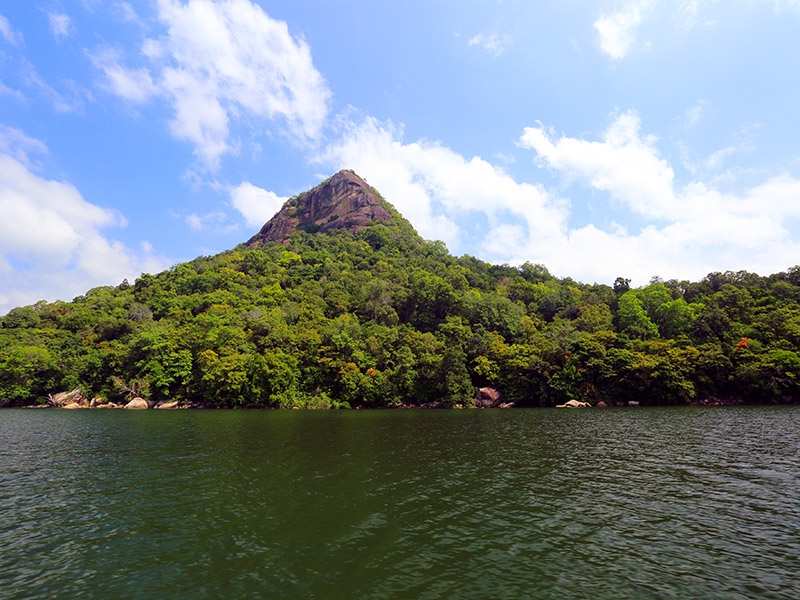 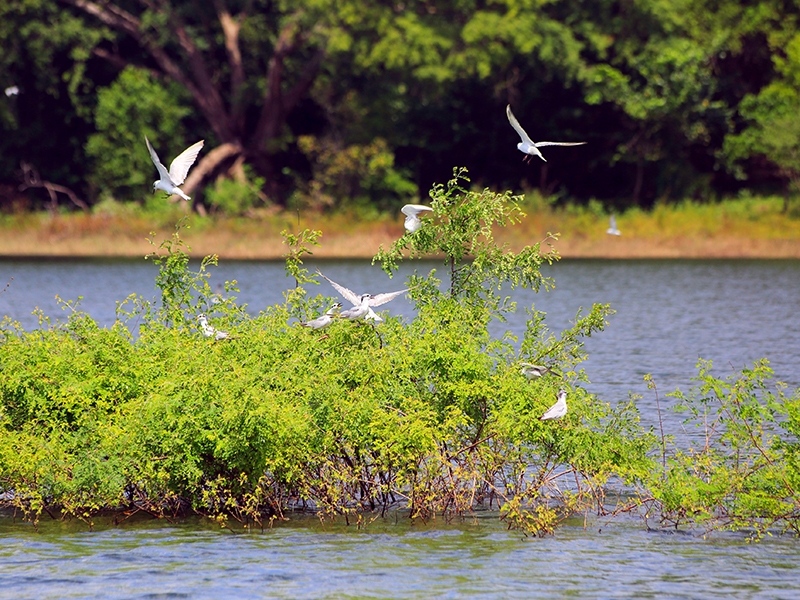 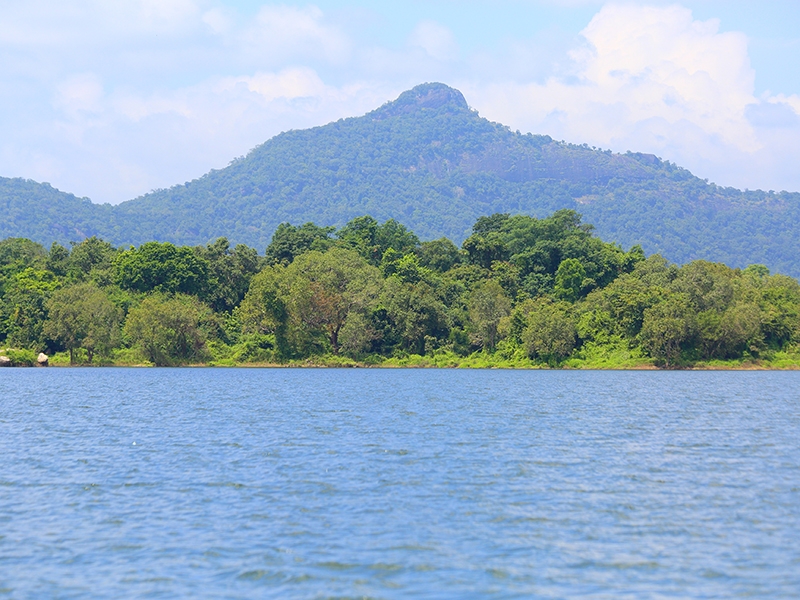 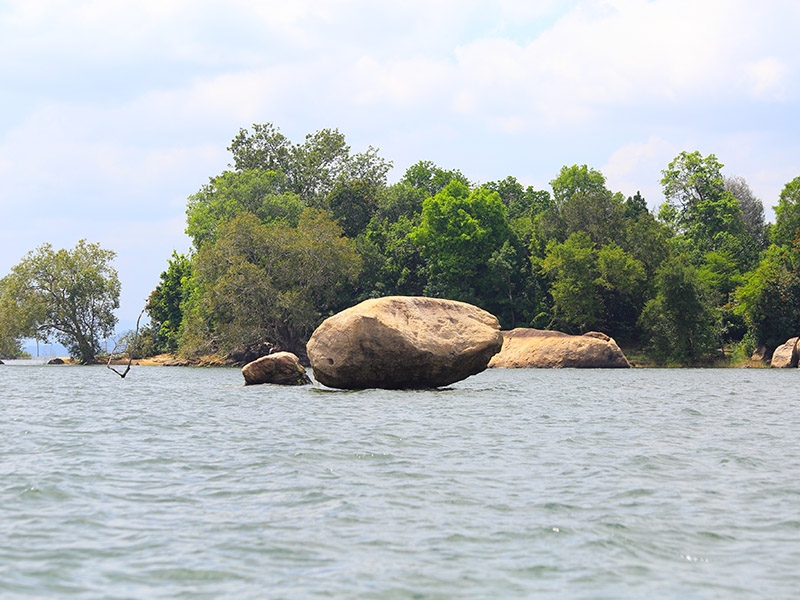 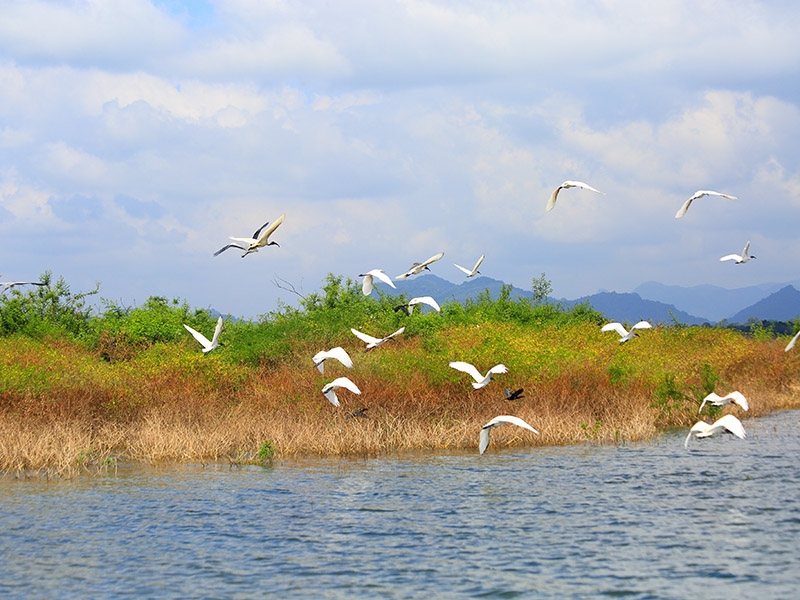 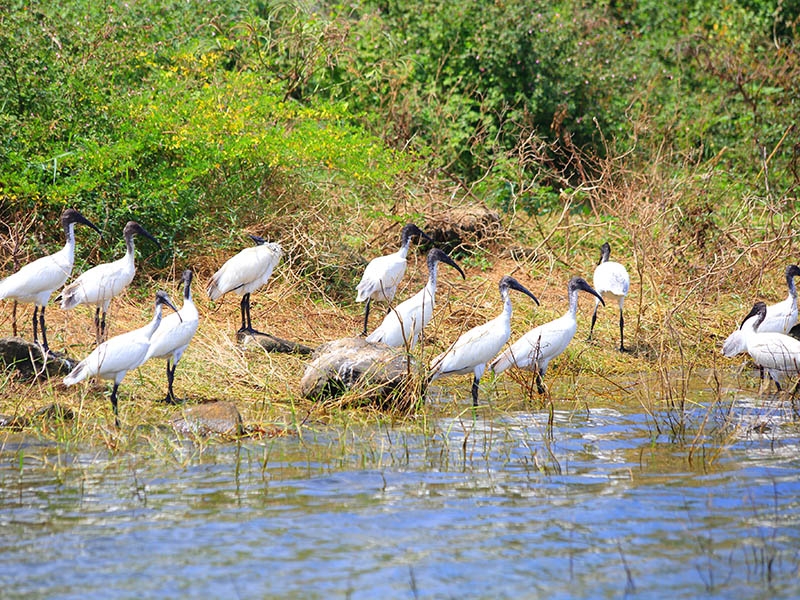 The Galoya National Park located 314 km south east of the city of Colombo is situated in the district of Ampara in the Eastern Province of the country. The park was established in 1954 as the main catchment area of The Senanayake Samudra, the largest reservoir in Sri Lanka which was built damming the Galoya at Inginiyagala, as part of the Galoya Development Program. The park is scenically located by the reservoir at the Inginiyagala entrance affording visitors the opportunity to enjoy a boat ride across the scenic reservoir; certainly a good way to take a peek at the park and its numerous islands.

The park which covers an extent of 25,900 hectares is most famed for its Elephant population, witnessed right through the year. While taking a boat ride visitors can observe herds of elephants swimming across the reservoir from island to island to feed on the dense greenery of the islands. This magnificent spectacle is best observed between March and July each year. The boat ride will also afford visitors to observe flocks of birds nesting on “Bird’s Island”.

The vegetation in the park consists mainly of shrub, grasslands and forest which is known to be rich in valuable medicinal herbs used in Ayurveda (A form of native medicine). 32 species of mammals have been recorded in the park which includes Elephants, Leopard, Langur, and endemic Toque macaque, Sloth bear, Wild boar, Sri Lankan Sambar deer, Axis deer and Water Buffalo. Amongst the reptile species visitors can witness the Mugger crocodile and Star tortoise with close to 150 species of bird species, both migratory and endemic. Amongst the endemic species are the Lesser adjutant, Spot billed pelican and Red faced malkoha. Some of the water birds that frequent the tank includes the Lesser whistling duck, the Indian cormorant, Orient darter and the Grey heron and a diversity of butterflies, amphibians and raptors.