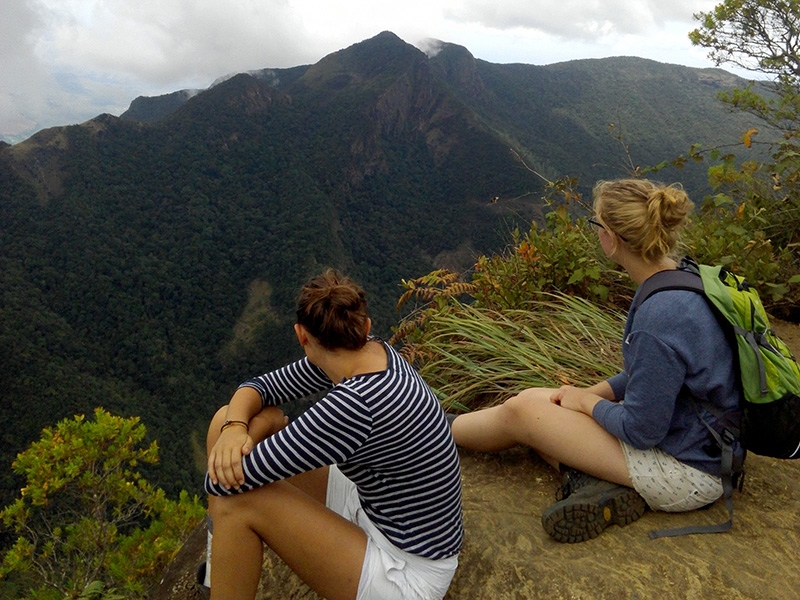 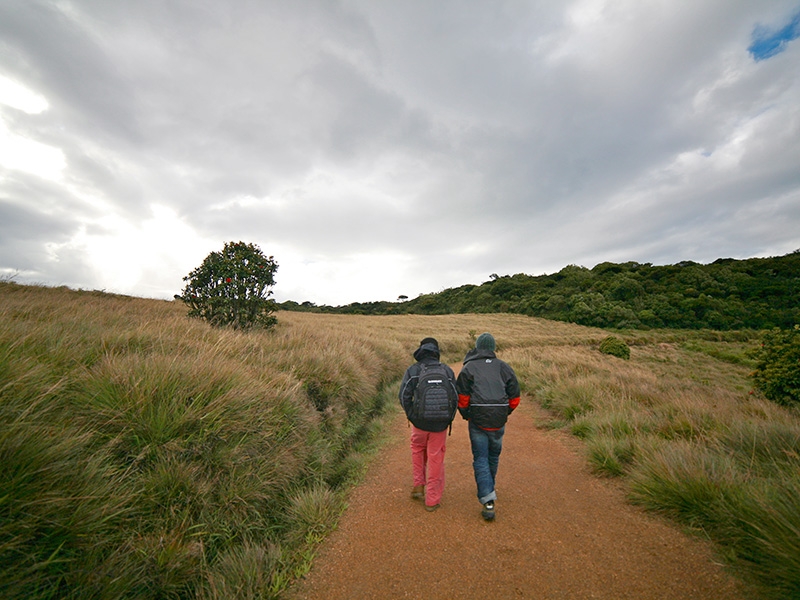 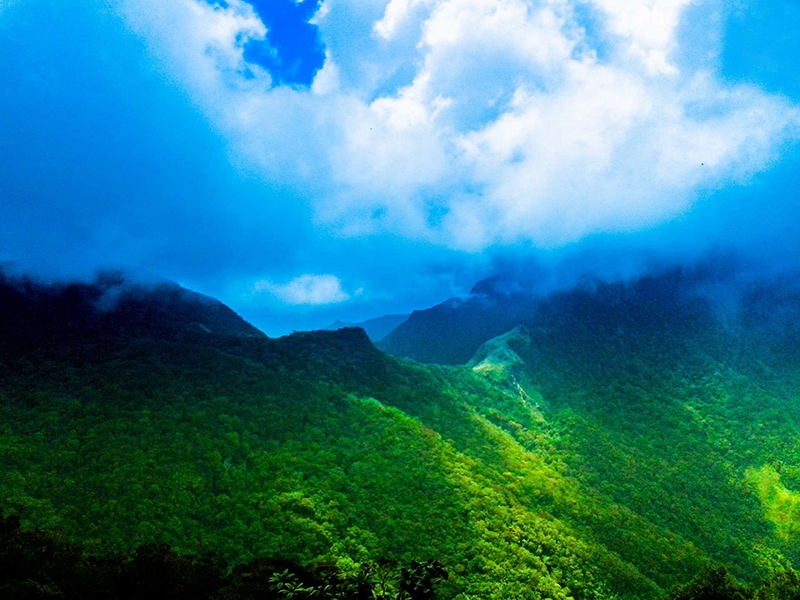 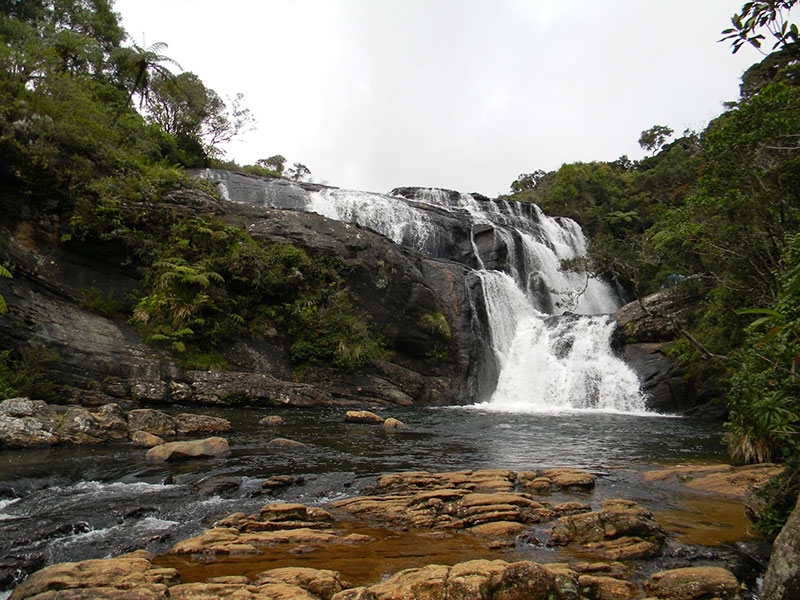 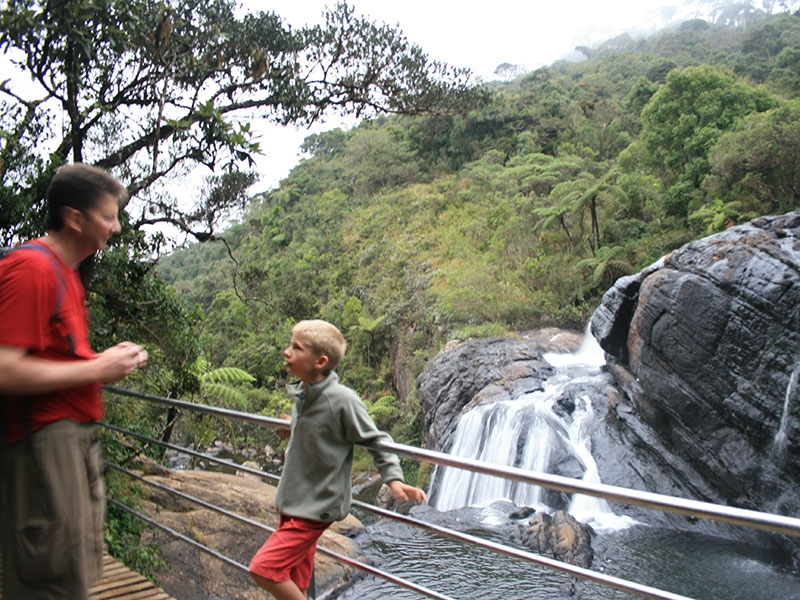 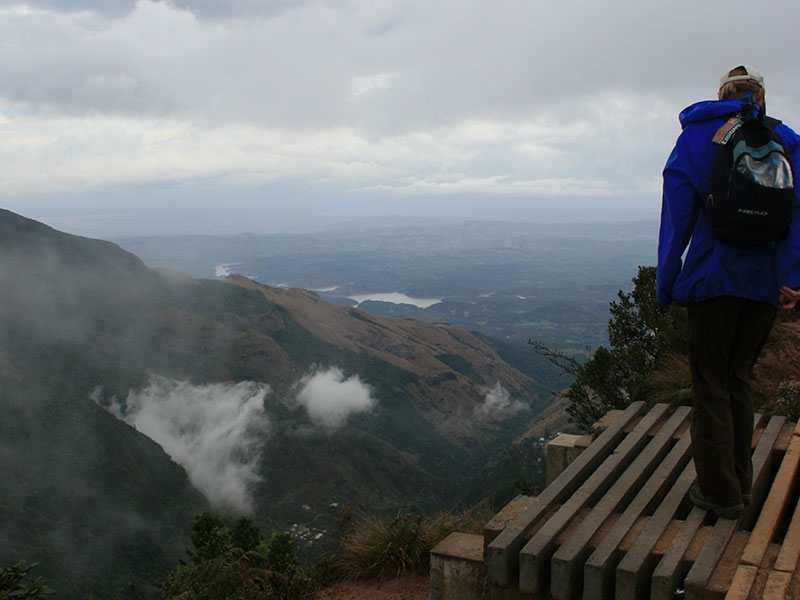 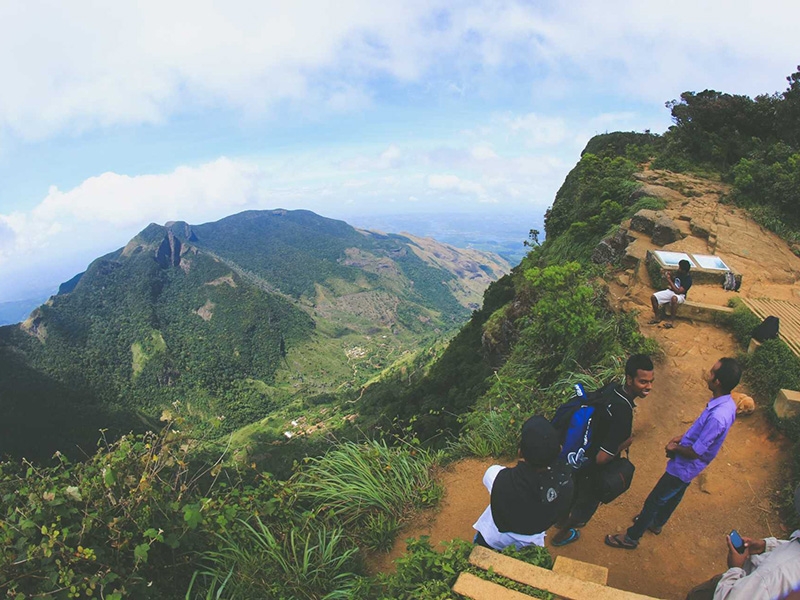 The Horton Plains National Park at Ohiya is a beautiful highland plateau situated at an elevation of 2100 -2300m (6,900-7,500ft) above sea level. Sri Lanka’s Highlands along with Horton Plains National Park, the Peak Wilderness Protected Area and the Knuckles Conservation Forest was declared a World Heritage site in 2006.It is accessible via Ginigathena (185.4 km) or via the A5 Road (228.5 km) which connects Peradeniya with Chenkalady in the east via Gampola & Nuuwara Eliya.

Horton plains has an interesting history behind it with the discovery of early stone tools dating back to the Balangoda Culture (According to Archeological sequences the earliest evidence of Balangoda Man at caves and other sites dates back to 38,000 BP).

This protected area situated in the southern plateau of the central highlands of Sri Lanka was formerly called ‘Maha-Eliya Tenna’ (The great open plains) until it was renamed ‘Horton Plains’ after the British Governor of Ceylon Sir Robert Wilmot Horton (1831-1837). It is rich in biodiversity with many species endemic to the area itself. Horton Plains was designated a National Park in 1988 and is today a very important and popular tourist destination.

The Horton Plains vegetation is classified into two distinctive groups, mostly consisting of montane grasslands and lesser sub tropical montane evergreen cloud forests. It is also where two important peaks Kirigalpoththa and Thotupolakanda, the second and third highest peaks in the country respectively are situated, making it a key catchment area of three major rivers in the country. Close to 750 species of plants have been observed here; this includes dwarf bamboo species (some endemic to Sri Lanka), Myrtaceae and Lauraceae species, and many varieties of ferns, lichens and orchids amongst others. The fauna of the region includes 24 species of mammals, 87 species of birds, 09 species of reptiles, 15 species of amphibians and 02 species of fish.

Of the mammals the most commonly seen are the Sambar deer with a population close to 2000. Others include Toque macaques, Purple faced langur, Kelaart’s long-clawed shrews, Sri Lankan Leopard, Wild boa; Strip necked mongoose, Spotted chevrotain, Giant squirrels, Fishing cat and one of the world’s most endangered primates, the Red slender loris.

However the beauty of Horton Plains is its beautiful, picturesque setting. The high altitude plains with its cold breeze, misty surroundings, beautiful mountains, tall green trees, crystal clear streams and colourful blooms scattered around, besides the ‘World’s End’ – a 700m vertical drop that gives a marvelous view of the valley below and the beautiful cascades of the Baker’s waterfall makes it a haven for trekking and bird watching.